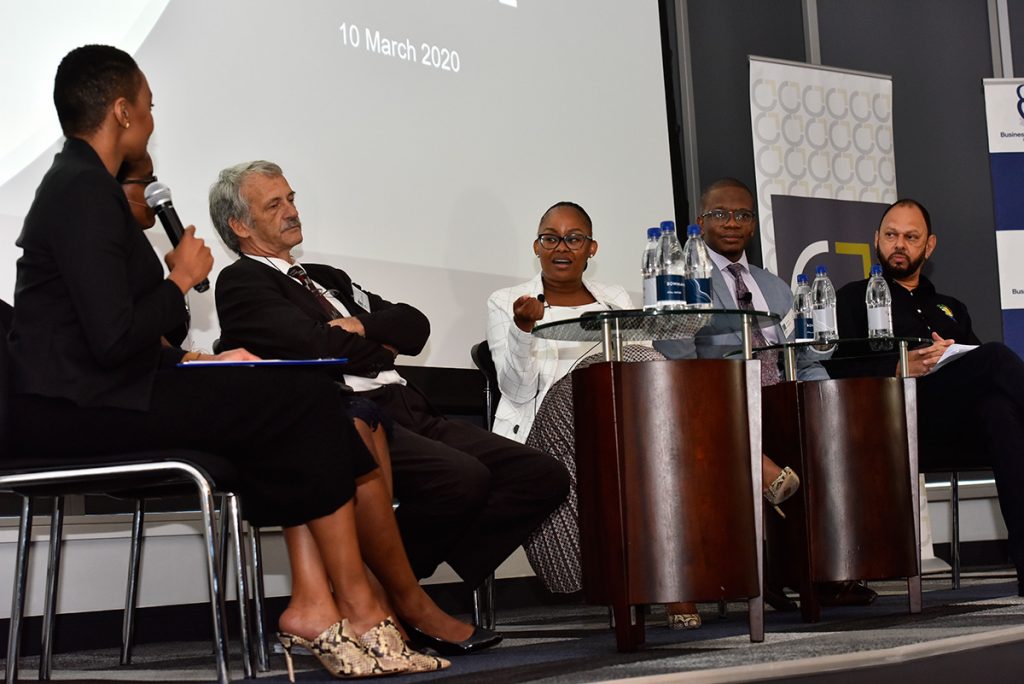 We must stamp out illicit trade to boost the fiscus

The fiscus loses millions each day because of illicit trade. Sars can’t tackle this problem alone: it is up to all citizens to play their part.

Our fiscal constraints couldn’t have been more plainly laid out than in the budget speech by Finance Minister Tito Mboweni last month. With the budget deficit seen widening and our debt-to-gross-domestic-product (GDP) ratio set to rise even further because of our weak growth metrics, it’s a worrying and, hopefully, sobering reality.

“I’m sure the delegation from Moody’s Investor Service, which was in town recently, had lots to ponder over when they were perusing through the national accounts. The agency has us holding on to our investment-grade rating by a thread and, if it chooses to downgrade South Africa to junk status at the end of this month, it’s going to send the country into choppy waters.

Hopefully, the budget speech and its plans to reduce expenditure such as the public wage bill in years to come will allay some of their concerns. If so, what we need urgently is for growth rates to improve, and soon. But as we consider the effect of load-shedding, which contributed to South Africa achieving measly GDP growth last year of only 0.2%, and the as-yet-unknown economic toll that the coronavirus outbreak will have on the global economy, the country’s immediate prospects don’t look promising.

In light of this, as a state and a country, we have to do much heavy lifting to help ourselves out of the funding crisis. There are some wins to be had if we focus on our house-cleaning. The state, through the South African Revenue Service (Sars), is going to have to zero in on any area from which it can garner greater revenues. One such area of focus is in illicit trade.

It’s estimated that last year, more than R100-million was lost to the fiscus every day — totalling about R36.5-billion — due to the illicit trade in goods such as textiles, alcohol and tobacco. These additional revenues would have come rather in handy for Mboweni, and alleviated the pressures on some of his spending priorities, such as social welfare. This trade is a crime against the country as it quite directly affects the poorest among us, the young and the most vulnerable in our society.

A laissez-faire approach to the scourge of illicit trade across various sectors of the economy can’t continue. The many illicit enterprises that thrive in this country take away opportunities from the legal economy, diverting tax revenue and threatening growth and development. Beyond the harm caused to commerce, there is the negative social cost of crime.

Sars has implemented some measures in the tobacco industry to address illicit trade and there have been some improvements in the amounts declared. However, what we have seen is that crime patterns move: once you address the modus operandi of a certain crime, a different one pops up.

Government agencies need to be more flexible in adapting and responding to changing crime patterns. What is required are new, innovative technology-driven approaches, with an emphasis on collaboration.

Under the auspices of Business Against Crime South Africa, we’ve led interventions to reduce or limit, illegal vehicle imports on a sustainable basis. Actions to this end include training customs and police officials and improving public awareness and education.

Illicit trade is not solely a state or business problem, it is a national problem and there is absolutely no way Sars can achieve the necessary results on its own. We are going to have to educate citizens — and, in particular, the buyers of this merchandise — about the effects of this illicit form of trade as it directly affects their employment opportunities.

Our country is struggling to break free from structural unemployment that has set in since the mid-1980s. And our citizens need to be informed that although these illicit goods may be cheaper on the surface, they have a detrimental effect on their long-term prospects. The effect is much wider than merely on customs duties — if factories close there is a loss of corporate income tax and if people lose their jobs there is the loss of personal income tax.

Let’s examine the effect of illicit trade on our vehicle manufacturing sector, which is primarily based in the Eastern Cape — one of the most economically depressed provinces in the country. The illegal trade of imported second-hand vehicles has a significant effect on this sector. The growth of illegal imports adds a layer of stress to that industry, which already faces rising costs, such as electricity and labour costs. It’s an industry that employs about 30 000 people and is the largest manufacturing sector in the economy.

Fiscally, there’s a cost too.

The country loses about 40% of the value of a new vehicle sale each time an illegal vehicle enters and remains in the country, according to the International Vehicle Identification Desk Southern Africa. The loss to the fiscus based on 4 000 vehicles a year would be R320-million.

As noted above, we face some rather uncertain economic challenges in the years ahead, because of load-shedding and the fallout from coronavirus. These headwinds are likely to keep a lid on our true economic potential and will continue to constrain our fiscal choices. However, there are some wins to be had by focusing on the structural reforms about which many commentators have written at length.

Dealing with illicit trade will reap rewards for South Africa: not only will this benefit our fiscus, but there is also a strong social reward.