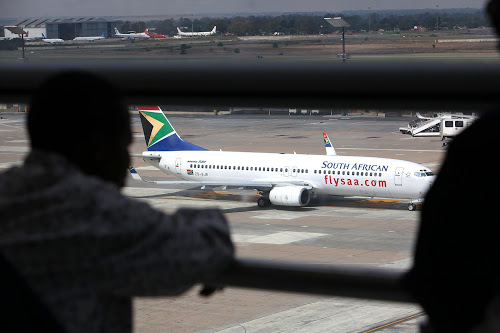 The SAA meltdown: a hard lesson in the costs of indecision

This article (Op-Ed) first appeared on the Sunday Times on 26 January 2020.

When alarms are raised that SA is just one wrong turn away from reaching out for an international bailout package, those raising the alarm do so in the hope that the greater fear of a loss of sovereignty will spur the government into action. Because that loss of sovereignty is not yet a clear and present danger, they are quickly dismissed for being alarmist.

In the tale of South African Airways (SAA), whose future is delicately poised as it cuts back on domestic and international flights, the state is perhaps receiving a hard lesson in the costs of its continuous indecision.

By placing the airline’s future in the hands of joint business rescue practitioners Les Matuson and Siviwe Dongwana late last year, the state in essence gave up sovereignty over one of its key assets.

Is this a harbinger of things to come, as market forces continue to paint the state into a corner? This, we hope, is the question that the ANC’s national executive committee was asking itself when it met last weekend.

As much as we stew over the “wasted nine years” and what the era of state capture did to our SOEs, there have long been question marks over the future of the airline, which marks its 86th year next week.

Tales of corruption at SAA are age-old and date as far back as 1998 when Coleman Andrews was appointed CEO. He was brought in to turn around what was already at that stage a struggling airline.

It would prove the first in a long line of expensive hires, with the US consultant being paid out as much as R200m during a two-and-a-half-year tenure.

Over the past 20 years, the state has backed a great many turnaround plans at a cost of billions to the fiscus. They have yielded no fruit.

Over the past decade alone, the National Treasury calculates that almost R30bn has been invested in various attempts at SAA’s resuscitation — with these cash injections taking place in an environment in which the economy has, for much of this period, struggled to breach the 2% growth mark.

Finally, after years of mismanagement, corruption and collapsing governance standards in what is one of the most difficult industries in the world to turn a profit due to razor-thin margins, market realities have finally caught up with SAA.

The state has had to cede all control of the asset. It is now in the hands of market forces that will take advantage of all its inefficiencies now that it no longer has the backing of SA’s balance sheet.

Today, the cash crunch at the airline is so severe that it seems wage and leasing payments will not be able to be made in full. And that’s the best-case scenario.

An inability to pay wages on time won’t necessarily derail the airline, but failing to pay leasing companies is a much riskier prospect. It could literally result in the immediate grounding of a large part of the fleet, and force the airline into liquidation as bookings dry up.

That’s where we are now with the SAA story: a state-owned asset with more than 10,000 jobs at risk in an economy battling with unemployment that currently stands at about 29%.

Unions that have formidable influence in most SOEs have blamed the uncertainty on the National Treasury for not injecting R2bn as a part of the business rescue package, but with or without that, SAA would still be facing this existential crisis. The funding would do nothing more than plaster over a festering wound.

The SAA situation is one that could have been avoided were it not for our penchant for kicking the can down the road.

If you consider that the World Economic Forum has highlighted the country’s more pressing needs — such as education and health care — as impediments to social mobility, the question needs to be asked: should the state have remained as overly invested in the airline industry as it has?

The SAA situation is one that could have been avoided were it not for our penchant for kicking the can down the road.

Arguments could be made about the strategic importance of the ownership of the Airports Company SA because of security concerns. But as an investment case for SA Inc, just how necessary was it to operate an airline in a country following an “open skies” policy?

When Transnet unbundled SAA in 2006 because of the risk it posed to its balance sheet after reporting a R6bn hedging loss, in essence all this served to do was to transfer the risk to the sovereign entity.

However, though the state’s financial support for the airline over the past two decades has weighed on the sovereign, SAA is not in as parlous a state as Eskom, whose debt burden is close to half a trillion rands and rising. But, worryingly, there are many similarities in the way the state has handled both SOEs.

The restructuring that Eskom’s new CEO, André de Ruyter, is following includes plans for the power utility that were first penned as far back as the late 1990s.

More than two decades later, there is no doubt that he will still face many of the same obstacles in trying to stabilise the organisation.

SA has about 700 SOEs. A thorough audit of each of these institutions is urgently required and a pragmatic approach must be taken as to whether each one’s future lies in public hands or in partial or full disinvestment.

The lesson to be taken from the SAA situation is that the state should never be forced into deciding, because the outcomes are never pretty.

SAA, through the actions of our political players, is now effectively a privatised, inefficient enterprise: a situation caused by a legacy of bad direction by its shareholder.

We find it encouraging that President Cyril Ramaphosa says a major focus of the government’s work will be on restoring the health of SOEs by appointing experienced, qualified boards and managers and by clarifying their mandates.