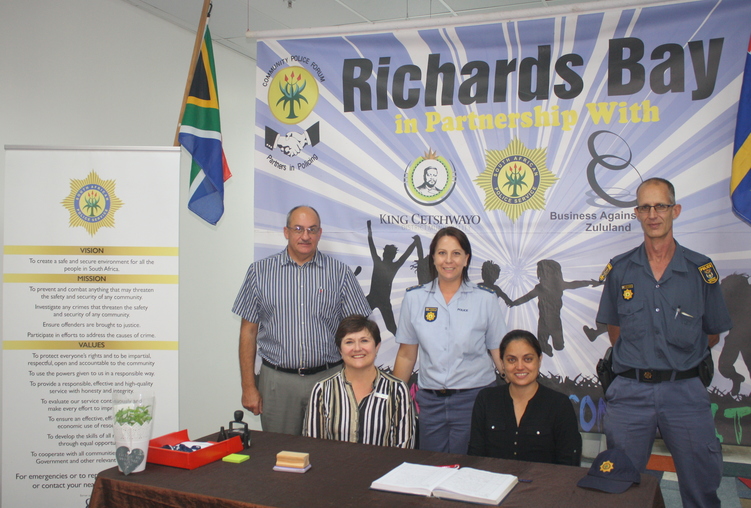 MEMBERS of the public can now access police services during their shopping trips after the Richards Bay SAPS opened its mobile Community Service Centre (CSC) on Monday morning at Boardwalk Inkwazi Shopping Centre.

The convenient centre, which is stationed next to the Cotton On outlet and opposite Pep Home store will be operational over the festive season until 12 January.

The facility will provide the public with convenient access to crime awareness information, reporting of cases as well as issuing of affidavits and certification of documents.

Richards Bay SAPS Communications Officer, Captain Debbie Ferreira said the initiative started in 2012 and every year the centre has generously donated the use of one of its vacant premises for this mobile facility.

‘As we opened the doors, shoppers were ready and waiting to utilise the police services, especially the issuing of affidavits and certifying of documents.

‘We will be open from 8am to 4pm daily and our officers will also be conducting foot patrols inside the centre over the festive season to intensify crime prevention efforts.

‘We encourage the community to be safe and shop with caution over the festive period, and to be vigilant while making transactions at the ATMs as well to avoid card fraud,’ she said.