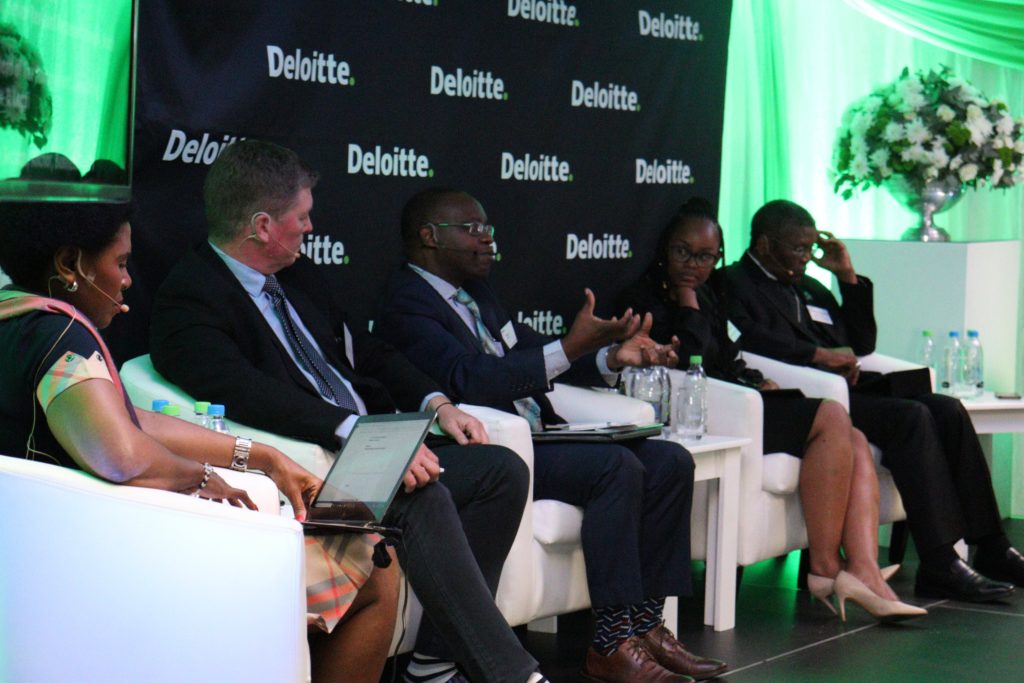 In light of widespread corruption, State capture and general organisational failures in South Africa, consultancy Deloitte this year themed its annual risk conference “The State of Governance and Ethical Leadership”.

The conference, held on Thursday, highlighted what was needed from corporate citizens to help reverse the “tide of destruction that has hit South Africa”, said Deloitte Africa risk managing partner Navin Sing.

JSE-listed gold miner Harmony Gold director Dr Simo Lushaba stated that the state of governance and ethical leadership was an important diagnosis that should be conducted more frequently and taken more seriously.

“It is unfortunate that we tend to talk about this topic of governance and it has gained popularity over the last decade, but as a result of corporate failures, accounting scandals, fraud, corruption and most recently State capture allegations has ruthlessly attacked particularly our procurement and recruitment processes in our organisations.”

He added that governance was about more than just a defensive system to address misdemeanors, since bad governance destroyed confidence in corporates, which affected future prosperity.

Lushaba stated that organisations were successful only if they create value for shareholders and that it was not good governance when leaders were simply not doing anything wrong.

“Not doing wrong is merely the beginning of leadership’s responsibility to create prosperity and value.

“Effective leadership does not define itself on how much wrong you do not engage in. Nothing short of corporates delivering value for every shareholder defines good governance.”

He said companies that have failed to enhance prosperity, had already experienced poor governance, and by the time it came to corruption and fraud, the poor governance was way beyond where it should be.

Lushaba believes corporates and civil society are not holding their line of expectations at the right level and are not holding people accountable until they are found guilty in court, and sometimes not even then.

He said the frame of reference for a leader’s trustworthiness did not lie in legislature, policies or even with judges and religious leaders, but in their own establishment and showcasing of trustworthiness – being purposefully ethical through their institutions, for example, with starting programmes that purposefully create value for others in an ethical manner.

Lushaba suggested that government and corporates needed to take due diligence in appointments more seriously.

“Today, some value the gift of the gab, noisemaking ability and popularity, while excellence has taken a back seat.

He added that individuals had too much power to appoint leaders without being held accountable.

MANAGING RISK
“We have been rudely awakened to the importance of risk management and subsequently to risk governance as critical elements of good governance,” said Lushaba.

International Monetary Fund South African representative Montfort Mlachila pointed out that poor governance led to greater incentives for corruption and opportunities for theft and said that was a risk to performance.

He highlighted that the key to managing risk was in always being aware of the risk and mitigating it well.

For example, the National Treasury has an e-tender system, which allows for the publication of tenders to the broader public sector – including State-owned enterprises and provincial government – to see information. This provides a centralised place to compare prices and bids, while increasing transparency and decreasing risk for the public and private sectors.

Institute of Directors South Africa chartered director Nandipa Madiba said it was necessary for board members to embed a culture of ethics and risk mitigation, and take risk management more seriously.

“While we more often consider operational risks, there is a risk for poor governance once the appointment process lacks credibility, or if an appointment creates blind loyalty towards an individual, even though they practice unethical behaviour,” she said.

Madiba advised that employees should remain attached to an ethical code, rather than an individual, stating that blind loyalty increased the risk of bad governance. She said a response towards risk could not be formulated, if that risk had not been identified.

“The private sector should stop risky behaviour in their own companies as well, not just criticise government on its bad governance.”

She added that corporates needed to put safeguards in place for people that decide to speak up against unethical behaviour, while the criminal justice system needed to ensure criminal consequences, and not just financial slaps on the wrist.

Mpumlwana noted that multinationals often wanted to limit or isolate the impact of their wrongdoing in their company to the specific country or even city that it happened in, which might downplay the issue and compromise effective consequence management as a result.