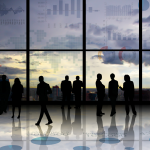 Delivering on reform will be key at investment conference

In the past month, we’ve heard two important messages for the country reeling from the effect of the Covid-19 pandemic. First was a message of hope through President Cyril Ramaphosa’s economic recovery plan, then the more sober portrayal of the state’s dire financial position in the medium-term budget policy statement (MTBPS).

Finance Minister Tito Mboweni warned of a looming sovereign debt crisis, one where we won’t be able to pay our bills. That’s a development that just doesn’t happen overnight. History has taught us that there are plenty of warning signs before a country hits the proverbial brick wall. For political reasons, elected leaders generally choose to ignore these signs because of the perceived difficulty of dealing with the structural reforms that must happen if a country is to balance its books and at the same time getting re-elected.

But we can no longer ignore the warnings of Minister Mboweni and those who came before him as Treasury now embarks on a goal of ensuring that within the next five years, South Africa’s debt does not go past 95% of GDP – a level that in itself is already very high by emerging market standards and considerably higher than the active scenario set out in the Supplementary Budget in June .

“We think we are now in the danger zone, Mboweni told his fellow parliamentarians after the MTBPS, adding that any slippage at all could lead us past the 100% mark, which means that debt will be greater than the GDP”.

To avoid following Greece, Argentina or Ecuador – countries the minister himself used as examples – then Treasury in partnership with the ministries affected are going to have to reduce expenditure. It’s certainly going to be a treacherous terrain, fraught with political ramifications, but we can no longer ignore an iceberg that we can so clearly see  ahead. Hit that, and the next stop is an IMF bailout and loss of sovereignty.

Disputes over public sector wages have already gone before the courts, possibly tying us up  for years to come. Public sector  wages make up about 57% of overall state revenue and over the past five years, they’ve grown by 7.2% a year on average – well above inflation. We hope that government and labour unions can find common ground outside the court system and without resorting to retrenchments in the public service because of our ballooning unemployment crisis. Funding support for our troubled state-owned enterprises that fill no strategic importance needs to end. SAA’s disbursement to fund existing contractual obligations must be the last outlay after decades of wasted funding.

With Treasury embarking on a path of expenditure cuts, some critics may assume that it will work against any economic recovery prospects. But now in 2020, the state is in a much different position than it was in the financial crisis of 2008/09, when our debt to GDP ratio sat at 31.5% and we were able to spend to stimulate economic activity.

Because our credit ratings have been downgraded to junk status, any further debt the state incurs will come at higher and higher interest rates and in so doing raise the cost of borrowing and cost of capital for all South Africans , so “every additional rand gets us less than a rand of GDP”, Mboweni  said.“It may even subtract from GDP, leaving us poorer and more indebted than before.”

Fiscal reform is no longer avoidable but is essential for any economic recovery as it will boost confidence. Only in establishing credibility in the eyes of everyday South Africans and domestic and international investors in the management of our limited resources can we begin to claw ourselves out of a crippling confidence crisis.

In essence, fiscal reform makes up just part of a package of structural reforms that are at the centre of the economic recovery plans. With the state facing a sovereign debt crisis, the onus is on it to follow through on reforms in the areas such as energy to open up an industry dominated by Eskom.

There has been progress in allowing municipalities to buy electricity from different sources. The Eskom Roadmap and the restructuring of the electricity giant seems to be moving ahead under  CEO Andre de Ruyter and his team, which we welcome. Divisional managing directors and boards of directors have been appointed. The National Energy Regulator of SA has laid the groundwork for the addition of 12,000MW of independently produced power. These are fundamental steps and must be acknowledged as they begin to open space for new entrants into an energy market that is currently a major inhibitor of economic growth.

There is also progress being made on spectrum allocations. The Independent Communications Authority of SA is preparing for the long-delayed auction of additional spectrum by March next year, which should not only lower prices of broadband access but introduce some new players into the market. Other measures within the state’s powers are to make it easier to do business by removing needless red tape and ensure stable and predictable policies around important issues such as land reform.

I’ll agree with anyone, who says fiscal reform alone won’t stimulate the economy. But if it is combined with the other growth-enhancing structural reforms where we’ve seen signs of positive movement, the President’s economic recovery plan will work.

This column is by Busi Mavuso and was first published in Business Day.