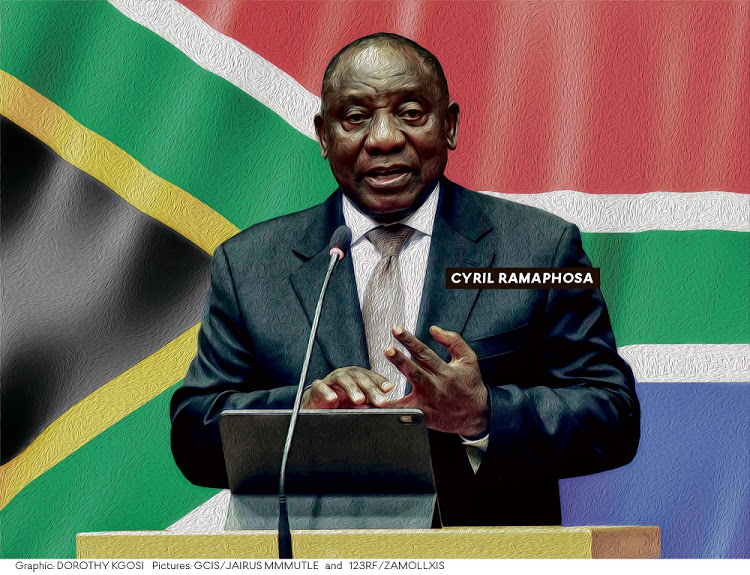 Cyril Ramaphosa’s SONA is the most significant speech since 1994

There’s a lot riding on this year’s state of the nation address, something I am sure you’ve heard one time too many over the past few years in a country with an economy struggling to grow. But with confidence waning after his emergence as both party and country president, Cyril Ramaphosa’s centrepiece speech for the year carries as much weight as Nelson Mandela’s first in 1994.

As a man who has publicly hailed the country’s founding president as his leadership role model, it is up to our current president to reinvigorate and inspire confidence in South Africans from all walks of life. Last June, in his first address after elections a month earlier, he reminded us of the fact that we are getting close to the final 10 years to meet the National Development Plan (NDP) targets we set as far back as 2012.

This year we are into the final decade of the plan of what the country should look like in 2030 that was adopted across the political spectrum. At the first cabinet briefing of the year this week, one hopes this deadline is used to focus attention and energies.

A lot has happened in the intervening years in our body politic and in our economy to push the NDP off the radar since its launch. A long winter for the mining sector in both confidence and profitability eventually spilt over into the rest of the SA economy, which has underperformed for much of the past decade.

Confidence levels in both business and the public are at multidecade lows as corruption and the capture of the state have dogged what was once a ‘positive’ SA and emerging-market story after the last global recession.

With the economy forecast to have grown less than 1% last year because of load-shedding and falling domestic consumption, the goal I’ve cherry picked out of many — to meet the NDP’s targets — seems unimaginable. The Reserve Bank sees growth for this year at 1.2% compared with the 1.4% it foresaw in November. Some economists are pencilling in another year of below-1% growth levels.

Our average economic growth rate has been 1.5% over the past decade compared with more than 4% in other emerging economies. This is the longest economic downturn since the end of World War 2.

Confidence levels in both business and the public are at multi-decade lows as corruption and the capture of the state have dogged what was once a “positive” SA and emerging-market story after the last global recession. There’s much cynicism in the voices of South Africans when speaking of both the country and their personal prospects.

Along with the NDP master plan that in his former life as deputy president he was central to crafting, Ramaphosa also has finance minister Tito Mboweni’s economic policy proposals, which were released towards the end of 2019, to lay the groundwork for a turnaround of the country’s prospects.

The business sector has been consistent over the past two years in reiterating that we need to come together in the pursuit of economic growth and investment. That is an essential precondition if we are to address the crises we face of unemployment, social growth and development, and the fiscal and budget deficits.

It’s an urgent task because of the threat posed by Moody’s Investors Service, with a possible ratings downgrade at the end of March. It’s a move that would send us into full-blown junk status.

While markets may have already priced in this eventuality, the longer-term effects are worrying. They will make any drive towards those 2030 goals all the more difficult as the cost of debt rises even further for the state, limiting its ability to deal with impediments to a higher growth trajectory.

In the weeks to come and starting with the state of the nation address, we hope the state takes urgent steps to avoid the downgrade and pronounce on measures to mitigate a downgrade in the likely event of this happening. Urgent steps need to be taken to stabilise government debt levels and ensure a more sustainable fiscal trajectory.

The unsustainable levels of public costs must be reduced. The government must continue strengthening the capacity of the board of all strategic state-owned enterprises (SOEs) through the appointment of independent, capable, credible and strong directors and chairs. These boards must then be afforded the space and independence to work in the interests of the company without the levels of political interference we’ve seen over the past decade.

It’s long overdue that the government identifies the SOEs that are of critical strategic importance and structure those to become viable. Restructuring options must be clearly articulated to include public-private partnerships through private equity partnerships, among other considerations.

For those SOEs that do not meet strategic objectives, the government should take a pragmatic approach in deciding whether to sell or close them.

In speaking of our enterprises, the most critica and in need of immediate and urgent attention, is Eskom. Its board along with its recently appointed CEO, André de Ruyter, must be tasked with implementing the proposals of the president’s technical advisory task team and engaging funders to restructure funding and ensure maintenance of plants.

The state simply cannot leave the electricity supplier to continue operating with a debt nearing the half-a-trillion-rand mark. Eskom needs about R230bn in fiscal support over the next decade: the path that the Treasury chooses to support the almost 100-year old parastatal is possibly the government’s biggest test.

With regards to the energy generation gap, we urge that the government’s own Integrated Resource Plan (IRP) is implemented and that regulatory impediments be eased so that renewables and other energy sources can be put on stream quickly.

We urge the government, the ANC in Luthuli House and its alliance partners to speak in a unified voice that can assist in mobilising society and in turn gain credibility in the marketplace.

These are just some of the messages that we hope emerge from the state of the nation speech, and it is a monumental task. But these are just some of the measures needed if we are to realise the targets set in the NDP. It is a plan that is sold as the blueprint to defeating poverty, unemployment and inequality and one that needs to be brought back into our national consciousness.

Just how the president achieves that is by making implementation a key cornerstone of his administration.

Mboweni’s budget speech will have to be the opening salvo.

The finance minister has committed the state to a course of fiscal prudence and the SAA funding debacle of recent weeks, if anything, exposes just how committed he is to that cause. In the case of the airline, it can no longer rely on the fact that its shareholder believes it is “too big to fail”. It’s a necessary change in approach, but with Eskom, the risks to the country are much higher.

While the Development Bank of Southern Africa (DBSA) has stepped into the breach with a R3.5bn loan, the airline can never again be lulled into a sense of complacency. As Mboweni has said before, it must operate like a business.

The country needs to take some extraordinary measures. As Ramaphosa said in his state of the nation address last June, “it is time to make choices. Some of these choices may be difficult and some may not please everyone.”

This article was first published on the Business Day 09 February 2020.