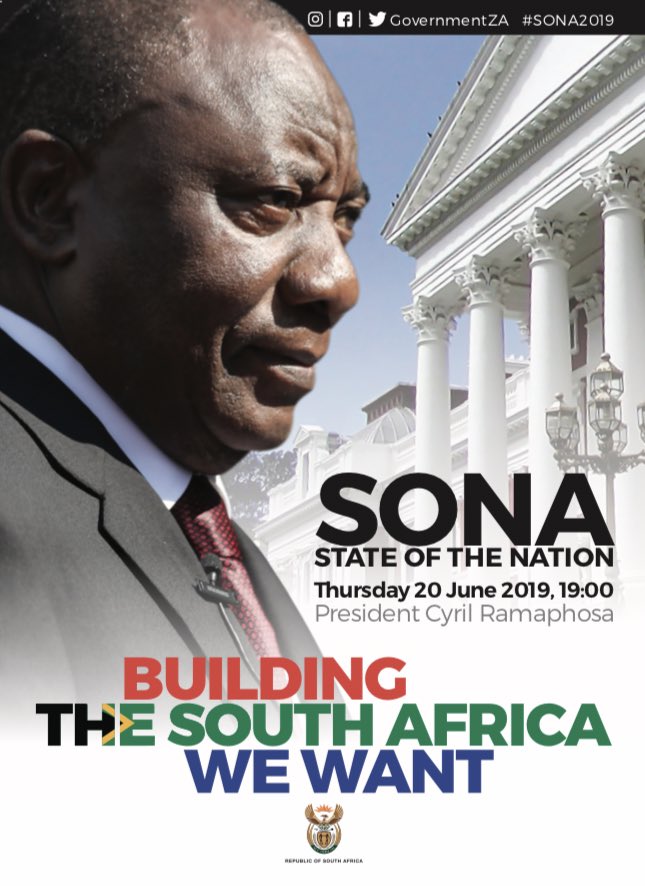 All eyes will be on President Matamela Cyril Ramaphosa on Thursday evening when he deliver his State of the Nation Address (SONA). This is probably the most anticipated event in South Africa as the country is faced with a plethora of challenges.

Some of the toughest tests for Ramaphosa is to tackle the problem of unemployment which currently sits at a 15 year high, Gross Domestic Product which has slumped to its lowest in a decade while growth is expected to come at just 1% for this year.

These are therefore disappointing figures or data which points to a sorry state of the economy.

President Ramaphosa will deliver the sixth parliament SONA under the theme: Let’s grow South Africa together as we celebrate 25 years of freedom.

Speaking to Business Day TV on Wednesday BLSA COO Busisiwe said business is confident in Ramaphosa’s ability to effect reforms he promised but quickly pointed out that the business community is worried about factions within the ruling party (ANC) that has the ability to derail this agenda which is aimed at lifting SA out of this economic abyss.