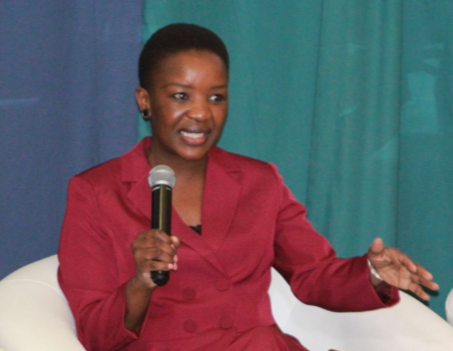 It is now more than six years since Thomas Piketty published his magnus opus, Capital in the Twenty-First Century. The French economist penned a more than 700-page book about growing inequality and just how policymakers could help address a problem that’s seemingly spiraling out of control.

Since the book’s release, policymakers and businesses across the world have had to entertain the hard socioeconomic implications of rising asset prices while the nuts and bolts of the real economy continue to struggle to recover from the last global recession. Perhaps the turn towards bad politics across the globe, and here over the past decade, has been evidence of the consequences of this growing inequality and the perception that only a few are benefiting from the measly growth rates experienced.

As South African business, we’ve joined a chorus of the world’s leading financial capitals in decrying the divide and worrying about its long-term effect on our nascent democracy.

Cocooned by this big picture and, to some, highbrow global theme of inequality, as government, business and civil society we may have to admit that we weren’t aware that under these conditions the worst traits of our patriarchal society would find fertile ground to blossom.

The lack of equality in our own private living rooms in a climate of low growth and confidence levels has played itself out in a rising tide of femicide, which our country’s statistical agency calls the intentional killing of females because they are females.

The problems of patriarchy, some of whose norms and standards are inherited from our colonial past and some of which come from our different cultural influences, need to be addressed. All of us — the government, business and civil society — need to find common purpose on just how we start to deal with a system that goes against equality.

Over the past week, protesters have called for a 2% tax of corporate revenues to create a fund to help deal with the scourge of gender-based violence. If, as business, we choose to stand aside and ignore these pleas from women who live in a country where they are afraid of life on pavements and in office corridors, we would once again be making a mistake. We can no longer behave as if business lives and breathes different air to the majority.

We won’t sit and watch, not on my watch. As Business Leadership SA, it’s a call whose merits we will consider; but as an important stakeholder in the future of the country, we will take the conversation to the government. Through our Business Against Crime initiative, we have started to work with the National Prosecuting Authority in strengthening its capacity to bring the men who commit these heinous crimes to justice. Perhaps, through such direct interventions, we can revive a lost idea in the life of everyday SA: accountability.

While we are happy to see the Zondo commission doing its work, South Africans are getting used to the idea that the levels of corruption exposed in Parktown over the past two years come with no consequences. This can only encourage the lawlessness that we see with the rise in gender-based violence and attacks on immigrants. There has to be accountability in the country.

For far too long we’ve watched as unscrupulous characters have stolen the lives of our women and children, while others have stolen from our public purse and indeed from the shareholders of some of our largest companies, without any consequences. This is a growing crisis in the social construct of South African society — there’s something intrinsically wrong.

Outside of helping victims of gender-based violence to seek better recourse through our courts, as business we will need to look at how, with our pay disparities between men and women, we — at best — unwittingly contribute to the worst traits of patriarchy.

According to the Global Wage Report of 2018/2019, South African women who are permanently employed earn 22.7% less than men.

Our mothers, wives and daughters face a future where their work will earn less than their male counterparts.

As established business focuses on transformation along racial lines in accordance with our constitutional requirements, the story of gender pay disparities must not be lost.

While we call on the government to stick to the difficult structural reforms that have been highlighted, we will put our shoulders to the wheel in not only supporting that focus but in ensuring social cohesion wherever we can. It is, after all, manifestly in our own interest.