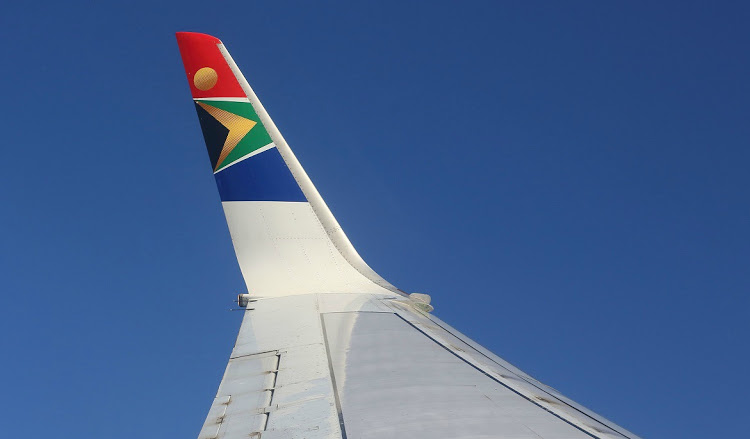 If there’s one aspect that has been at the centre of the collapse of governance across SA’s state-owned companies over the past decade, it is that the politics of the day have played itself out in the boardroom decisions of institutions such as SAA.
If we are to break with this period, boards as well as the executives should now be left to run them “like a business” as finance minister Tito Mboweni urged at the end of October. As SAA goes into a strike, with most of its flights cancelled over this coming weekend, it will be a test of just whether the sixth administration will break with past traditions.
This is a battle between the airline and its unions over the future of the airline, which in many quarters has long been dismissed as a going concern. To intervene at this moment and seek a political settlement would only serve to undermine the board and its executive in attempts to turn around a national airline that has over the past 13 years reported losses amounting to R28bn. It would be to tag the moniker, “too big, too fail” on a national airline that needs to face up to the hard realities of an open market. SAA along with the National Union of Metalworkers and the SA Cabin Crew Association wage dispute is not a policy dispute, and as such the shareholder representative should not be called in to save the company from having a difficult and one would suggest a necessary contestation with its main stakeholder, never mind the discomfort it may cause its customers.

By stepping in now, it would serve to only kick the can down the road, and to ratings agencies such as Moody’s Investors Services that SA is not ready to make the unpopular policy choices around its state-owned enterprises.
Earlier this week, SAA management announced that it will shed about 944 jobs, out of workforce of 5,146, an 18% reduction. The decision to embark on a wage strike this weekend should come as no real surprise on the back of that announcement as labour unions would use SAA’s desperate financial position to force the company to take retrenchments off the table.
National Treasury most recently settled all R9.2bn guaranteed debt in SAA that will become due this financial year. It rescues SAA’s balance sheet for now, but under Mboweni, Treasury has made it clear that a line has been drawn under its support. For credibility, it is a position that it needs to stand by.
The airline is insolvent in its current configuration and is unlikely to ever generate sufficient cash flow to sustain its operations. A corporate restructure of the airline is quite simply unavoidable and long overdue. In its desperation for survival over the years, SAA has chosen the easier option of selling prize assets to solve its cash desperation including the Cape Town-New York and Cape Town-London routes. These acts are simply a race to the bottom.
But avoiding conflicts over rightsizing was ultimately a political decision, one of many that have dogged the airline and other state-owned enterprises especially over the past decade.
The government has said it is willing to bring in private shareholders into SAA as part of a sustainable solution, though there appears to be differences in views in just how and what percentage they are willing to sell. Virgin Atlantic and Ethiopian Airways have made some indications that they could be interested parties, which points to the fact that there is still some value in the airline.
For partial privatisation, SAA would not be attractive if the executive and the board are not given full licence to lead a turnaround towards profitability. Any investor will be aware of the downside risks of becoming a hostage to a majority shareholder with non-commercial objectives.
Business rescue would be an expensive exercise and at this point, we feel it would be a precedent that SA does not want to set. Unions know that despite the promises of protection in any moves towards business rescue, it has not proved so.
SAA and its stakeholders are striking this weekend and the airline will lose about R50m a day, but what we would ask of its shareholder representative that it now back its board and executive in managing its dispute. To intervene now, only strengthens the belief among unions that it is indeed “too big, too fail,” serving to harden positions and in effect hasten SAA’s demise.
Busi Mavuso is CEO at Business Leadership SA.