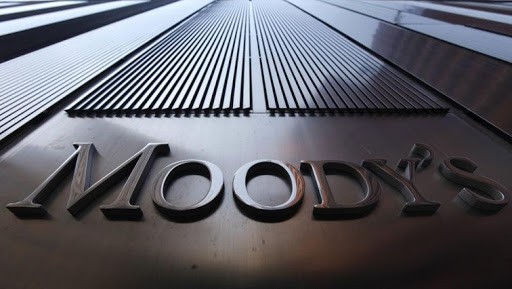 BUSI MAVUSO: Moody’s downgrade or not, SA must press on with structural reform

Of all the cracks in the dam wall that the government has tried to plug over the past two years of the “new dawn”, there’s one that has proven near impossible to fill: the threat that our sovereign debt is set to fall into full-blown junk status.

For more than five years, as our finances have deteriorated thanks to an underperforming economy and a corrupted revenue collector, we’ve faced this day of reckoning.

This Friday, Moody’s Investors Services — the last agency to have the country on investment grading — may just deliver that reckoning.

We’d best hope that, in this dire economic climate, we escape any adverse judgment. Before the outbreak of the coronavirus, a downgrade posed the biggest risk to the fiscus; it’s a crack that desperately needs to be filled.

Now the unfolding crisis of the coronavirus pandemic could by all estimates  plunge our economy into a deep recession along with the rest of the globe. Meanwhile, the economy, already constrained by load-shedding, has kept shrinking. The once bustling metropolis of Johannesburg is eerily empty.

Against this uncertain backdrop, with the health minister warning that up to 70% of the population may contract the virus, we face the real prospect of the country’s sovereign ratings being cut to junk status. Moody’s is due on Friday to put out its report card on government attempts to halt the deterioration in fiscal outlook and revive economic growth.

It’s not absolutely certain that Moody’s will decide on our investment rating on Friday, and it may delay that until November. But those are the factors it highlighted as causes for concern last November when it cut the outlook on SA’s credit rating to negative from stable. That move took us a step closer to losing our final investment-grade assessment.

Reviving the economy clearly isn’t on the cards for this year. The pandemic has put paid to any hopes of that and it may even affect next year’s prospects. There’s a term often used by company executives to explain away a disappointing set of results to the market: exogenous factors. These are developments out of the executive’s control, an event or occurrence that no matter their plans, served to depress earnings. SA, like most countries, will certainly have this argument as not only ratings agencies but investors assess their investment case.

However, if you strip out the worst effects of the virus, the first quarter’s growth forecasts were not at all promising. Load-shedding placed many small businesses under crippling pressure. Some of our large companies, under stress from record-low confidence levels, announced restructuring plans that inevitably come with job losses.

Minus the exogenous factors of the pandemic, we must be first to admit that there remains much work ahead. One structural reform that would have had an immediate effect on growth would have been to remove as much red tape as possible in providing additional electricity generation. Depressingly, however, we still await movement on the issue, no matter the promises.

With regard to halting the deterioration of public finances, it wouldn’t be fair to say that the government hasn’t seen the urgency of the situation. Finance minister Tito Mboweni served notice of the state’s intent of reducing expenditure in the February budget speech: the minister lay down the gauntlet to unions with his plans to reduce the wage bill of about 1.2-million public servants by more than R160bn.

If anything, it demonstrated the state was willing to stomach what will be a bruising battle with public service unions. The existing three-year public sector wage agreement expires only in April 2021, and the last wage agreement in 2018 was significantly higher than budgeted. The state’s request to renegotiate this settlement would mark the first time that an existing wage agreement has been opened.

These are just some of the factors that Moody’s is considering: worsening economic prospects on the back of both external and domestic factors, a deteriorating fiscal outlook as revenue collection remains under pressure and talks on reducing expenditure levels remain just that, talks.

Economists are preparing for the worst. What we have to hope for is that the Treasury’s determination to keep finances under control do give some assurance to Moody’s. An economic revival is certainly off the table in the short term.

But whether we get a Moody’s reprieve until November, what is certain is that SA urgently needs to keep on track with the structural reforms it has long promised. It will imbue the state with credibility at a time when it will count the most as investors settle into a post-coronavirus world, where economies from across the spectrum emerge with scars.

Countries that can commit to reforms and provide certainty in policymaking will be first to attract investment capital in an even more fiercely competitive post-coronavirus world.