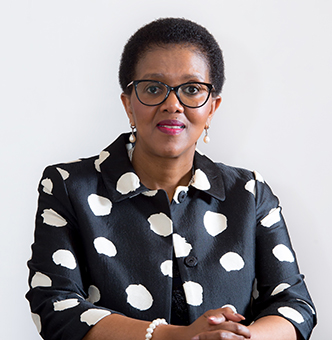 Chair of Anglo American’s Management Board in South Africa

Fakude has worked in and held senior positions in various industries and sectors including Retail, Management Consulting, Financial Services, Mining and Oil and Gas.

Nolitha is the Vice President of the Minerals Council, Non-Executive Director of JSE Limited, Discovery Bank Holdings and International Woman’s Forum South Africa (IWFSA). She is a Patron of Guild Cottage home for girls.

Nolitha has previously served on the boards of Datacentrix Holdings Limited, Harmony Gold Mining and Woolworths Holdings among others.

She holds a Bachelor of Arts (Hons) degree in Psychology from the University of Fort Hare and completed the Senior Executive Programme at Harvard Business School in the United States.