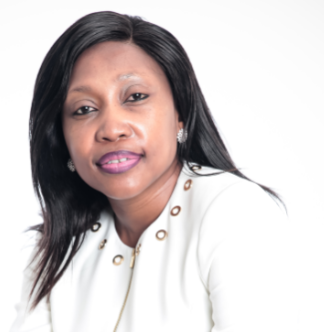 Mpumi Madisa was appointed as Chief Executive – Designate at the Bidvest Group on 4 March 2019. Mpumi first joined Bidvest in 2003 and has, over the past number of years, held several key and strategic leadership roles at subsidiary, divisional and Group level. Mpumi is an Executive Director on the Bidvest Group board and holds other external non-executive director roles, including at Adcock Ingram and Business Leadership SA (1 July 2019).

After graduating, Mpumi was recruited by Hollard Insurance as Trainee Marketing Assistant. Eighteen months after joining Hollard, Mpumi left to join Prestige, a Bidvest subsidiary, as a Client Relations Manager. She later left Prestige and was appointed of Chief Director of Transformation at the Gauteng Department of Agriculture and Rural Development. She later re-joined Prestige as Corporate Affairs Director in charge of four departments and was promoted to Sales Director, where her impressive turnaround of underperforming sales led her to expand her scope of work to the Bidvest Group level. Mpumi was later appointed to the Board of Directors of Bidvest.

In her spare time, Mpumi enjoys spending time with her family and she is passionate about mentoring young people. Mpumi grew up in Sebokeng in the South of Johannesburg. She is one of four siblings, and the only girl. She started schooling at Sancta Maria Junior School and matriculated from Mondeor High School.