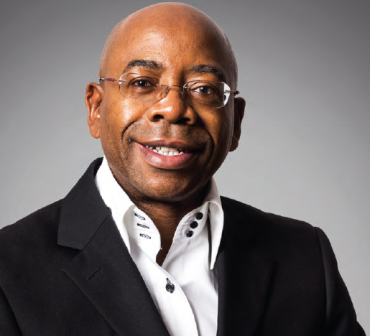 At this moment in SA’s history, the stakes are high. Looming is the spectre of yet another recession after two consecutive quarters of negative growth and the attendant risk of another credit downgrade. This threatens to worsen an already lethal cocktail of social and economic problems. Here are four things President Cyril Ramaphosa should focus on in his State of the Nation Address.

The main feature of the South African political and socio-economic landscape since the end of the Zuma administration has been President Cyril Ramaphosa’s campaign to revitalise the economy. This campaign has, of course, been linked to parallel efforts by business, and partly co-operative and partly conflictual attempts by the government to clean up and reconfigure the state in ways that are favourable to the inclusive socio-economic growth agenda.

When Ramaphosa addresses the nation in his second State of the Nation Address (SONA) this week, all eyes will be on whether he puts paid to standing commitments to go through the gears and deepen the shift towards investment and growth, or whether he will opt to idle forth, tinkering around the edges of an unsustainable growth trajectory.

Any government managing expectations overlaid by distrust and anxiety has to narrow the distance between its avowals and the socioeconomic realities of citizens’ lives. To his credit, Ramaphosa has made headway since the malaise of the Zuma era, but progress seems to have slowed in the build-up to the 2019 elections as the underlying conditions, political compromises and policy choices shaping the transition to the 6th democratic government forestalled the momentum of change.

The sense of consolidation and renewal since the electoral victory of the Ramaphosa administration has bought the ruling party valuable time to replenish its authority, repair the legitimacy of the state and strengthen the leadership corps in government ministries and departments that had been denuded during the nine lost years of the Zuma government. It is a huge undertaking in circumstances that are hardly auspicious.

The stakes are high. Looming is the spectre of yet another recession after two consecutive quarters of negative growth and the attendant risk of another credit downgrade. This threatens to worsen an already lethal cocktail of social and economic problems. Job creation on the scale needed depends heavily on investment. However, a host of factors continues to feed the reluctance of foreign and domestic business to invest massively in a renewed industrialisation drive capable of creating large numbers of viable jobs.

The concerns, though, run deeper. According to the OECD’s 2018 country assessment of South Africa, “inactivity is widespread, settlement structures are too remote from economic centres and severe infrastructure bottlenecks prevent economic activity from delivering the benefits of prosperity to all”.

This constellation of developments has contributed to persistently wide income inequalities. According to 2018 Statistics SA data, South Africa’s Gini-coefficient (the measure of inequality) is among the highest in the world, at 0.64. Thus, the highest levels of income inequality in the world are combined with a large proportion of the South African population living below the poverty line — more than half the population live on less than US$2 a day.

To confront these challenges the economy needs to achieve and sustain much stronger rates of investment (both domestic and foreign direct) and inclusion of people in growth-enhancing and employment-absorbing economic activities than is currently the case. Will the economy achieve this?

There are enormous opportunities for success and the ruling party and Ramaphosa-led government have shown their determination to do the repairs. But the formative compass points of the transition to a new era have stayed fundamentally unadjusted, despite avowals of government. For one, we are yet to see tangible moves toward fiscal consolidation and the reallocation of R400-billion under Ramaphosa’s economic recovery plan.

Second, uncertainty in the land market continues to bedevil investor confidence. In light of the recent submission by the Panel of Experts on land to Parliament, it is imperative that anxieties over the expropriation of land are settled without further delay.

Third, key policy imperatives that require a strong interventionist authority to engineer shifts in industrial sectors identified in the Industrial Policy Action Plan (IPAP) as priority areas must be executed. These include the rollout of ICT spectrum to resolve the connectivity challenge; tangible measures to promote SMEs, particularly in township economies, as an integral part of the reindustrialisation plan; a clear plan on rebuilding the capacity of state-owned enterprises (SOEs), particularly Eskom, SAA, the SABC, Denel and Transnet.

For Eskom, Business Leadership South Africa (BLSA) has maintained that due to the systematic risk that our power utility represents, urgent action is required on the appointment of a CEO to bring stability. The business expects clarity on the governance structure, given that it is hard to understand the decision-making and approval processes.

At the last SONA, the president announced an unbundling process, the implementation process for which we expect an update, including the appointment of a CRO. Given that Eskom cannot trade itself out of its own debt, a clear plan for fixing the balance sheet is urgently required.

It would help our economy if President Ramaphosa announces more strident moves to support SEZs through subsidies, tax breaks and other incentives. Reallocating investment incentives is heavily reliant on the dexterity and agility of government, control of which has fortunately shifted to the Department of Trade and Industry now that the Economic Development department has been scrapped.

Fourth, Ramaphosa has to move swiftly to settle anxieties in international markets over the independence and mandate of the South African Reserve Bank following contradictory statements from his ruling party.

Safeguarding the independence and mandate of Reserve Bank is indispensable to institutional stability, investor confidence and growing the economy. It is discomforting that key positions at Reserve Bank are vacant or about to be vacant. These positions should be filled forthwith. Even Governor Lesetja Kganyago’s tenure comes to an end in November 2019. At least two more deputy governors’ positions require immediate appointments.

As long as these challenges remain unresolved, the trust will fray, confidence will diminish and a golden opportunity to revitalise the economy will soon pass. The biggest challenge for government is to build legitimacy and trust on foundations of sound policy and action.