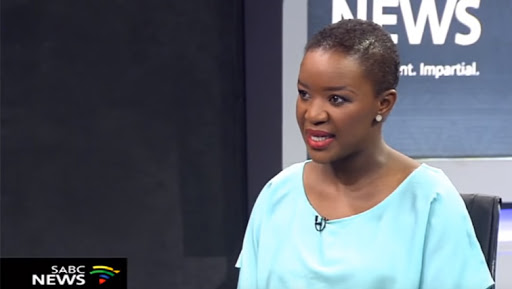 There is much riding on the contents of this week’s budget speech. Perhaps a little more this time because of a slide into full-blown “junk” status, which is a very clear and present danger.

What I am expecting from an understandably exasperated Finance Minister in Tito Mboweni is some strong words against the state’s bloated wage bill and warnings about the continued bailing out of troubled state-owned enterprises. A valiant cause, but we are now at a point where details are needed of just what actions will be taken.

We need the actual numbers and for the first time, the speech will matter a whole lot less. On the matter of the wage bill, Treasury indicated in the medium-term budget statement that it would find some R150 billion in savings over the medium term and deliver details next week.

Now these are savings that will no doubt have depended on negotiating steep reductions in the wage bill with unions. But in the four months since that promise, there has been little evidence that there has been any formal let alone any informal talks with the ANC’s alliance partner, Cosatu, whose strength now lies predominantly in the public sector.

There’s a credibility risk of putting in anything when there is no firm position having been put to unions and no entering of negotiations at the bargaining council.

These are the sort of details that Moody’s Investors Services, the last ratings agency to have us hanging on by a thread to investment grade, will want to see from Treasury. My fear is that the speech along with the budget review documents will continue to walk a narrow tightrope of what is credible and what is not.

We’d best hope that the strong words from Minister Mboweni are indeed followed by his staff, who have in recent history proved risk-averse against pencilling anything in that has not been politically agreed. And an issue such as that of public sector wages, we know to be a particularly hot potato.

It can’t be business as usual

Within political corridors, there is little to no political space for a meaningful shift on the expenditure side either as part of macroeconomic policy or indeed on specifics like public sector wages. The ANC NEC has not provided any kind of sign off for such. As such all that is available is for Treasury staff is the matter of fiddling with what you can.

But it can’t be business as usual, there’s no tar left to continue kicking that can down the road.

With government revenues under pressure and expenditure at elevated levels, there’s simply no getting round focussing on matters such as the wage bill. But as business, we are mindful that a drastic cut in staffing numbers is undesirable in a climate of such heightened unemployment and low growth. It would only serve to further dampen demand in an economy that is in desperate need of its stimulatory effects.

To mitigate these perhaps unavoidable consequences on reduction if not the amount of workers but their remuneration, as business we have already committed to participating in government’s R500 billion infrastructure fund that would be hosted by the Development Bank of Southern Africa. This plan was mooted in Octobers’ medium-term budget speech, its details are urgent.

What’s been mooted in the market is the possibility of yet another VAT hike to boost falling revenues. With local elections more than a year away and other ANC contests further down the line, economists have suggested that there may be room for a rise. It’s a tiny window and one feels that to politically damaging for the Presidency.

As regards to our state-owned enterprises, not enough can be said on the threat that these ailing giants on the sovereign and the future competitiveness of the economy. However, these past four months have seen some tough calls made on South African Airways such as placing it in business rescue, that do signal a change in government thinking. Long overdue it may have been, but it at least showed some level of a state to facing up to some hard realities.

In much a similar vein, the fact that the government is now willing to listen and accept that fixing the issue of load-shedding is more long-term nature is a welcome change. For a period of between 18 months and a full two years, Eskom will have to follow a schedule of load-shedding if the power utility is to finally overcome its maintenance backlog.

It will no doubt be a weight on the country’s growth prospects and may even possibly a slide into recession, but it would at least provide some level certainty to the market. For the utility itself and it’s recently appointed chief executive officer, Andre de Ruyter, it allows the space for an operational focus. Measures previously suggested to ease pressure off Eskom include the energy regulation act to be amended to lift the license exemption from 1MW to 10MW.

There’s certainly a shift in just how the state views its state-owned enterprises, but SAA, SA Express, Eskom and South African Post Office still all need financial support. Never mind the irritation that will be evident in Mboweni’s speech about these institutions. Eskom’s more than R450 billion debt, being the most pressing emergency of all.

In this budget speech, it’s all about substance over spectacle. It will determine whether Moody’s takes action next month or that it gives the country another chance. The agency has already downgraded our growth forecast, which wasn’t surprising. A downgrade will not rotate on this.

It’s a close-run thing of whether Moody’s will downgrade the country now or later in the year. What dictates whether it happens in March is whether the speech next week comes with substance to Treasury’s cause.

Busi Mavuso is the CEO at Business Leadership South Africa